Many smart TVs nowadays can handle various dongles and sticks from streaming services. But the truth is that the overall compatibility track record is not that great. Some operating systems don’t work well on specific TV configurations.

That’s why if you’re thinking of sticking to a specific service, it’s best to look for a smart TV that can make full use of that platform. We’re talking in terms of performance, navigability, and everything else in between. 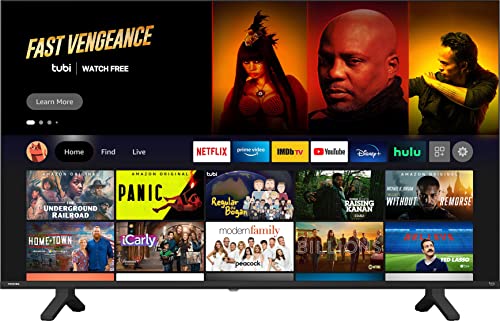 If you’re all about the Amazon experience, this Fire TV may be the one for you. It’s not only a quality TV set but also one of the hottest sellers in this niche. Even though Toshiba might not be the most impressive name on the market right now, few can hold a candle to it when it comes to handling the Fire TV experience.

Anyone that’s been pleased before by the Fire Stick can make a natural transition to a Fire TV. Because of the built-in platform, you won’t have to bother using a stick, changing it with every new generation that comes out, and worry about device compatibility.

If you’re looking for a smart TV that’s great for streaming, then a Fire TV is probably going to be overall cheaper, more convenient, and more stable. After all, you don’t strictly need a smart TV to browse the internet and play games.

The 43V35KU comes in three sizes if you want the 4K UHD version. You can choose between a 32”, 50”, and 55” TV. Along with that, you’ll get your own Toshiba Fire Remote with HBO, Prime Video, Netflix, and Vue dedicated buttons. The remote also has your other basic navigational and playback controls. An HD antenna is not in the package, so you’ll need to get that separately.

What’s the most important feature? The TV is already configured for and loaded with the Fire TV experience. That means instant access to account holders, live shows, streaming platforms, and Alexa.

The remote is a very nice touch because it’s a voice remote too. Not all Fire TV remotes are like this, and with some, you have to rely on your smartphone to issue voice commands.

Although also advertised as offering so many movies and shows at all resolutions, you don’t get that by merely buying the TV. You’ll only be able to access as much content as you paid for on the various streaming platforms. Of course, as any previous or current Fire Stick owner knows, there’s lots of free content too.

The voice command performance is excellent, without lag, and there’s not a lot you can’t do you’re your voice. You don’t have to lift a finger once you reach the Home screen, hit the microphone button, and start talking to Alexa.

The level of detail is quite good, impressive even for a Toshiba TV, though not that impressive because the technology behind it is Dolby Vision. That means that the TV was made for a cinematic experience.

If you prefer to examine products more thoroughly before making a decision, read on for a detailed overview of the features.

The setup process of this Toshiba TV is fairly simple compared to some competitor models. When it comes to software, everything is ready to use right out of the box. You have to sign up or log in to the services you wish to use, such as Amazon Prime or Netflix, but that’s about it.

As for the hardware, the TV requires some work with mounting. All the materials, such as the mount and screws, are included in the set. The installation instructions are straightforward, and the whole process isn’t at all tricky.

However, we advise you to create some space in advance as you’ll have to lay the TV flat while attaching legs or wall mount. No cable management is present. Once the power cord is plugged into the socket, TV is ready to use.

Many modern TVs offer 4K quality with a high dynamic range, though the technology implementation differs. In general, the display is decent, with crisp textures and vivid colors, though the color accuracy could be improved.

The default picture settings provide extremely deep blacks and high contrast with slightly exaggerated reds. Low-light scenes may be a bit difficult to watch. Adjusting the settings can help to achieve a more natural and brighter image.

The TV produces true 4K, though it takes about a minute for the picture to convert into higher resolution. The HDR mode can be accessed by long-pressing the ‘’Home’’ button on the remote control.

Then, in the shortcut menu, you’ll see the “Display and Sound Settings” section, where you can enable the feature. The path to required settings isn’t quite intuitive, though bearable.

Switching to movie mode before switching on the HDR smoothens out the exaggerated saturation. This way, the TV provides realistic and lively picture.

One feature where Toshiba Fire TV doesn’t withstand the competition with high-end models is the viewing angle. In short, it isn’t great. As you move towards the sides, the picture appears washed out, with lost accuracy of details and colors.

While overall, the TV produces an excellent image quality for such a price, it isn’t the best option for gamers. Toshiba Fire TV lacks HDMI 2.1 ports, and the game mode doesn’t noticeably improve the input lag.

Overall, the audio quality is consistent across media and clear, filling the whole room. The quality is sufficient both for streaming movies and listening to music. Bass, treble, and other settings can be adjusted for a better experience. Movie, music, clear voice, and custom modes are available.

When it comes to software, this TV provides everything other smart home devices do. It runs on Toshiba’s unique Fire OS as opposed to most Smart TVs that operate on Android. Android’s interface offers excellent fluid responsiveness and is well known by many users.

As for the Fire TV, it’s generally intuitive and user-friendly though it’s not without some quirks. The operating system is lesser-known than Android and takes some time to get used to.

The Home menu features recent and downloaded apps alongside personalized suggestions. While the TV gives access to all the common streaming apps, the main focus is placed on Amazon content.

After all, this TV is an Amazon product. That’s great if your favorite streaming content is produced by Amazon Prime, though may not be ideal for those preferring Netflix or Hulu. Furthermore, the menu also contains Movies, Images, Live, TV Shows, and Your Videos sections. Wandering between them may be confusing, as content duplicates.

Overall, though, the TV provides nearly endless entertainment, enabling you to stream movies, watch images, and play games while staying within the budget.

The TV remote control must be pointed directly towards the sensors, which may be annoying at times. Thankfully, Toshiba Fire TV handles Alexa voice control seamlessly.

Toshiba Fire TV comes in two screen sizes; 32, and 43 inches. The design is sleek and minimalistic, with ultra-thin borders. However, some details expose the actual TV’s price.

Firstly, there’s no cable management. Unless you purchase cable ties or another kind of cable organizing tools, cables will simply hang from the TV.

Secondly, both the TV’s back and borders are mostly constructed from plastic. The good thing about this TV is the decent build quality. No elements are flimsy and, the TV is thicker than most wall-mounted Smart TV models, measuring nearly 3.5 inches.

The remote control is also built from plastic, though had a decent build quality. It’s free from complications, featuring only the most necessary buttons. These include volume and media controls, power, menu, and mode selection buttons.

Toshiba Fire TV is far from perfect, losing in competition with high-end models. However, the price also plays an important role in decision-making.

Finding a decent TV under $500 is a tough task. This model has solid sound, high image quality with HDR support, and all the necessary Smart TV functions. What else could you wish for? The software may take some time to get used to, and the viewing angles could be improved, but that’s details. If your budget is limited, Toshiba Fire TV is certainly worth your consideration.

How to get the most out of it

The only thing you have to do to enjoy this TV after buying it is to connect it to your Wi-Fi. Of course, you’ll need to follow the onscreen setup wizard, which is self-explanatory and intuitive. Then it’s just a matter of subscribing to your favorite streaming platforms, setting up your favorite channels, and enjoying the experience.

Many other similar TVs offer more than 8 million pixels 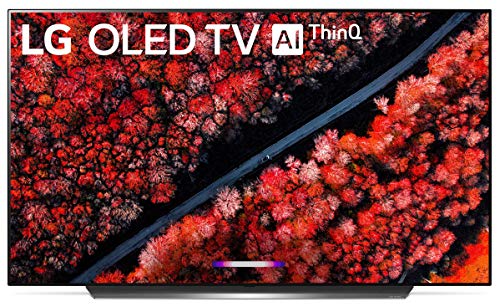 Of course, not everyone wants to use the Fire OS, given its limitations outside streaming purposes. But whether it’s that or the fact that you want a higher refresh rate than 60Hz, there are some alternatives to this 4K TV.

If you’re looking for something that can accept multiple dongles and take advantage of more than one streaming platform, then the LG OLED 55C9PUA Smart TV may be a better choice. It’s an affordable TV with both Alexa and Google Assistant support. It also has a high-end processor, built-in AirPlay 2 that solves most iPhone issues, and NVIDIA G-SYNC Compatibility.

The Toshiba 43V35KU is not the biggest Fire TV on the market. But it’s an affordable solution if what you’re looking for is a cinematic experience on the Fire OS and not much else. The price point is fair, the 4K support is excellent, and the overall performance balances out all the limitations of the Fire OS.