For many people, creating a premium home theater sanctuary is one of the most important and enjoyable things. However, the shopping part can often be stressful, even overwhelming for some. If you find the best AV receiver to complement your home theater that will make all the difference.

And unless you know what you’re looking for, it’s easy to make a mistake. Here we have five AV receivers with some fantastic features. We’ll get into the details and find out which one is the best. 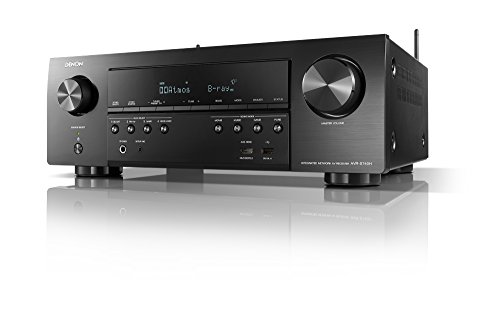 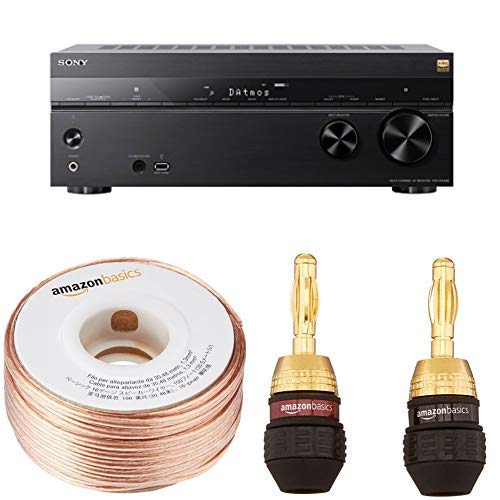 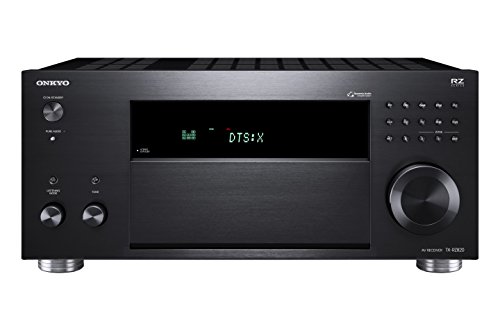 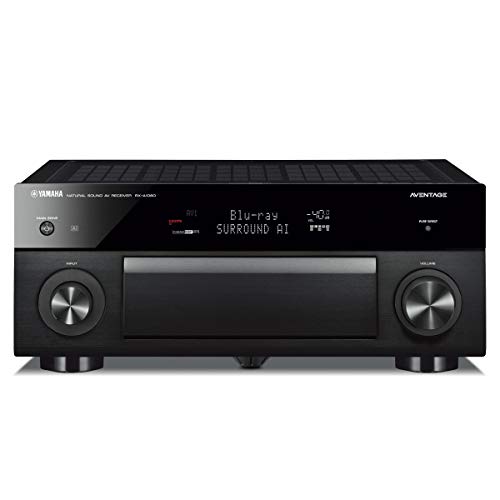 Yamaha is well-known for producing exceptional receivers, and it’s no different with the RX-V685 7.2 model. It’s a mid-range solution, and it will give you a lot to work with for the price tag attached. It’s an upgrade from the RX-V683 model as well, meaning it’s a more versatile product.

When it comes to the design, most AV receivers look like black boxes and not much else. But there is some finessing to it. Yamaha has done an excellent job of creating the metal-like look that changes the color somewhat, depending on the angle at which you’re looking at it. The front panel contains a total of 21 control buttons. It might sound overwhelming, but the layout is pretty intuitive.

At the back, you will see five HDMI and two coaxial ports, and two optical inputs as well. The setup is much simpler than it might initially seem. That’s because there is an auto-setup feature, as well as an auto-equalizer feature that will configure everything automatically.

The remote is well made and feels heavy and sturdy. Also, this fantastic receiver uses the MusicCast app, which allows you to play and stream anything you want wirelessly. And Amazon’s Alexa is also there. When it comes to sound and performance, try streaming an action-packed movie with many sound effects. You will be impressed.

When it comes to video, the result is equally brilliant. The 4K and HDR10 options work remarkably well. After all, this is a very sophisticated AV receiver that has more than enough to power a home entertainment system.

This AV receiver from Denon uses the most advanced features like HDR and 4K video. You will also benefit from a full and clear sound when streaming music from most music apps. It’s a budget-friendly option that will still be able to impress you.

You might be pleased to know that this av receiver comes with the Alexa assistant, which has become a standard feature in most models. However, it’s still a strong selling point. The hands-free function and wireless streaming options will transform your home theater into an entertainment oasis.

One of the best things about Denon is that the company has an award-winning interface, which makes the setup process very intuitive and straightforward. It’s the best AV receiver for people who are just testing the waters and don’t want something too complicated.

This AV receiver handles music and movies equally well, and the sound richness is almost palpable. You might find that the built-in Loudness Management and Dynamic Compression features are pretty useful at times too. You can use the Wi-Fi to move the sound to other rooms as well without the risk of losing clarity and quality.

This AV receiver from Sony is a fantastic contender for the mid-price category. It would be difficult to find a better product in the same niche. It has many impressive features and comes with the sturdiness all Sony components have.

If you love watching movies and TV shows with amazing soundtracks, this Sony receiver will deliver. That said, it doesn’t come at the expense of dialogs. The sound quality is natural and expressive. And you can hear all the details like the crunching of the leaves.

On the other hand, if you’re a fan of action movies with explosions and gunfights, the excitement won’t be amiss. Music-wise, if you play a live version of your favorite song, you might feel like you’re in the audience.

When it comes to the interface, you’ll be pleased with the design. The setup process is fairly simple due to a simplified panel and the Easy Setup feature.

A Sony product like this has a powerful amp and can support audio files in almost any format. Google users will be thrilled to know that the Chromecast feature is built-in. You also get Bluetooth connectivity, Airplay, and Spotify Connect.

When it comes to design, this black box conveys power, sturdiness, and substance. There are no unnecessary buttons or levers; everything is designed for maximum user comfort. AV receivers should blend in with the environment, and the Sony STR-DN1080 delivers in that category, too.

Not many speakers and sound systems can boast THX certification. The Onkyo TX-NR686 can, though. It might not be a household name like Sony or Yamaha, but this is a genuinely great AV receiver.

Outstanding features aren’t always beautifully packaged, and that’s kind of the case with this receiver. It’s not the sleekest and most polished-looking model, but that’s not its purpose anyway. The manufacturer has ditched the minimalistic approach to the front control panel that many manufacturers swear by.

You have everything you right there, including a widescreen display. The best part of the Onkyo TX-NR686 is on the inside. It has a Dynamic Audio Amplification system that significantly improves the sound quality. This model also comes with seven channels that have integrated amplification.

If you want a balanced performance, this might be the best AV receiver for your needs. You can add two more subwoofers if you want, but the bass quality will be impressive even without them. The TX-NR686 also delivers superb audio clarity, whether you’re listening to music or watching movies.

You can calibrate this device via the built-in Onkyo calibration feature. Connect the mic that you got in the box to the receiver, and then follow the simple setup process laid out in the user manual.

When it comes to streaming, you can use the built-in Chromecast feature. This receiver also works well with Google Assistant-enabled devices.

The AVENTAGE RX-A1080 belongs to Yamaha’s high-end Aventage series. Its looks exude confidence, and this little beast delivers in spades. It has a bold, but not a flashy design that will sit well in any living room.

An AV receiver from Yamaha always comes packed with features. And that’s especially the case for this premium device. It has the Reflected Sound Control technology, which allows you to configure the speakers optimally. The amp is quite impressive, and let’s not forget that Yamaha receivers come with the MusicCast feature built-in.

That means that you can use this brilliant receiver as a part of a multiroom experience. When it comes to surround sound formats, you can expect a lot from Yamaha AVENTAGE RX-A1080. It supports Dolby Surround, Dolby Atmos, and DTS:X. You also get seven channels, which are more than enough for a very generous home theater setup.

You also get seven HDMI ports, which is slightly more than the average. As expected, there is a whole range of connectivity options. You can use Bluetooth, Ethernet, and Wi-Fi. On top of that, this receiver features Amazon Alexa compatibility. The remote control has been updated from the previous model, as well.

You can view this gem from Yamaha as an all-encompassing AV receiver and a long-term investment. It’s not cheap by any means, but it’s a product for people who take the home cinema project quite seriously. In addition to excellent build quality and sound, you can expect it to work flawlessly for a very long time.

It seems that Yamaha takes the trophy for the best AV receiver on the market. The premium Yamaha AVENTAGE RX-A1080 is a phenomenal choice, but it might be out of the range of many potential users. It offers exceptional sound quality, the MusicCast feature, the famous RSC technology, and sleek design.

The Yamaha RX-V685 has many of the same amazing features as RX-A1080 but at a much lower price. It has the MusicCast feature built-in and an easy setup process. Also, Alexa is there to help with all the voice commands. Ultimately, needs and preferences vary, but you can hardly do go wrong with the Yamaha RX-V685.